League of War: Mercenaries V5.6.79 is an excellent android Strategy game and created by GREE, INC . The download link is located below. A lot of apps and games are available for free download. The best apk apps are waiting. Enjoy. 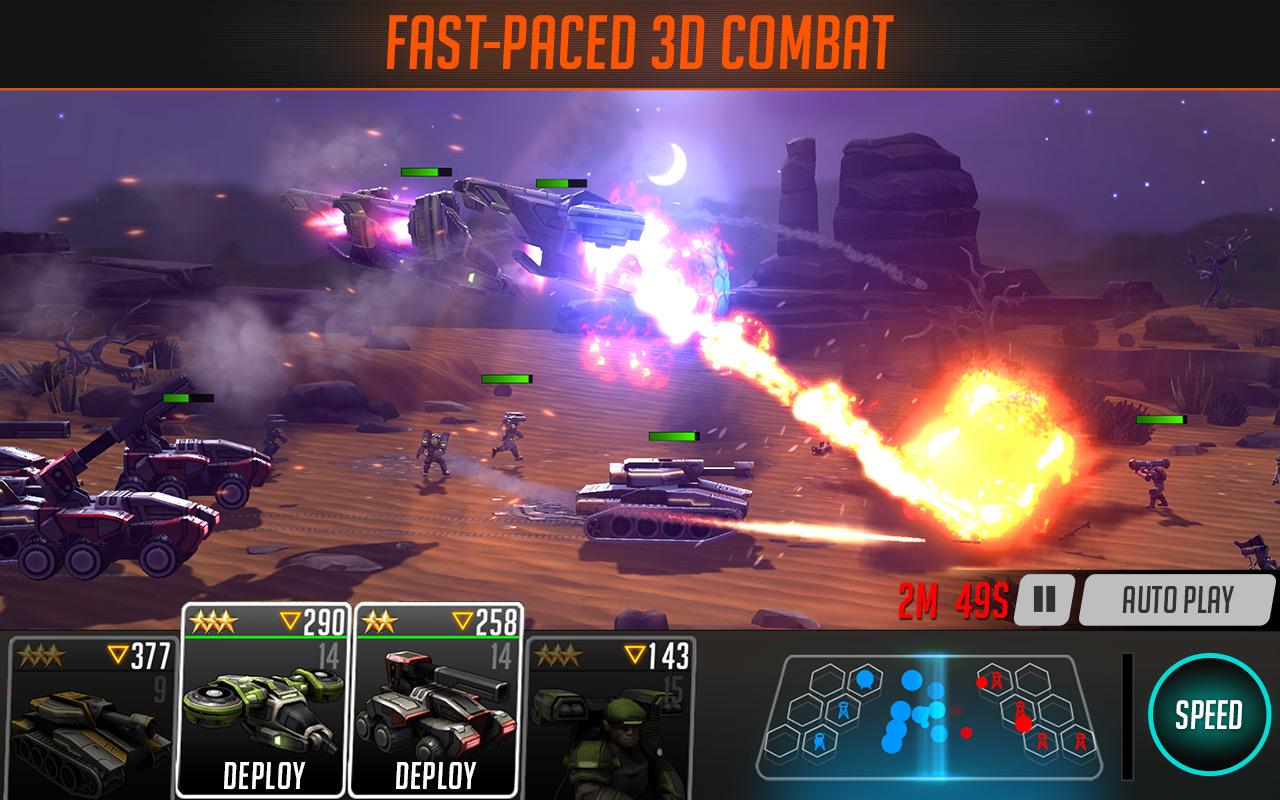 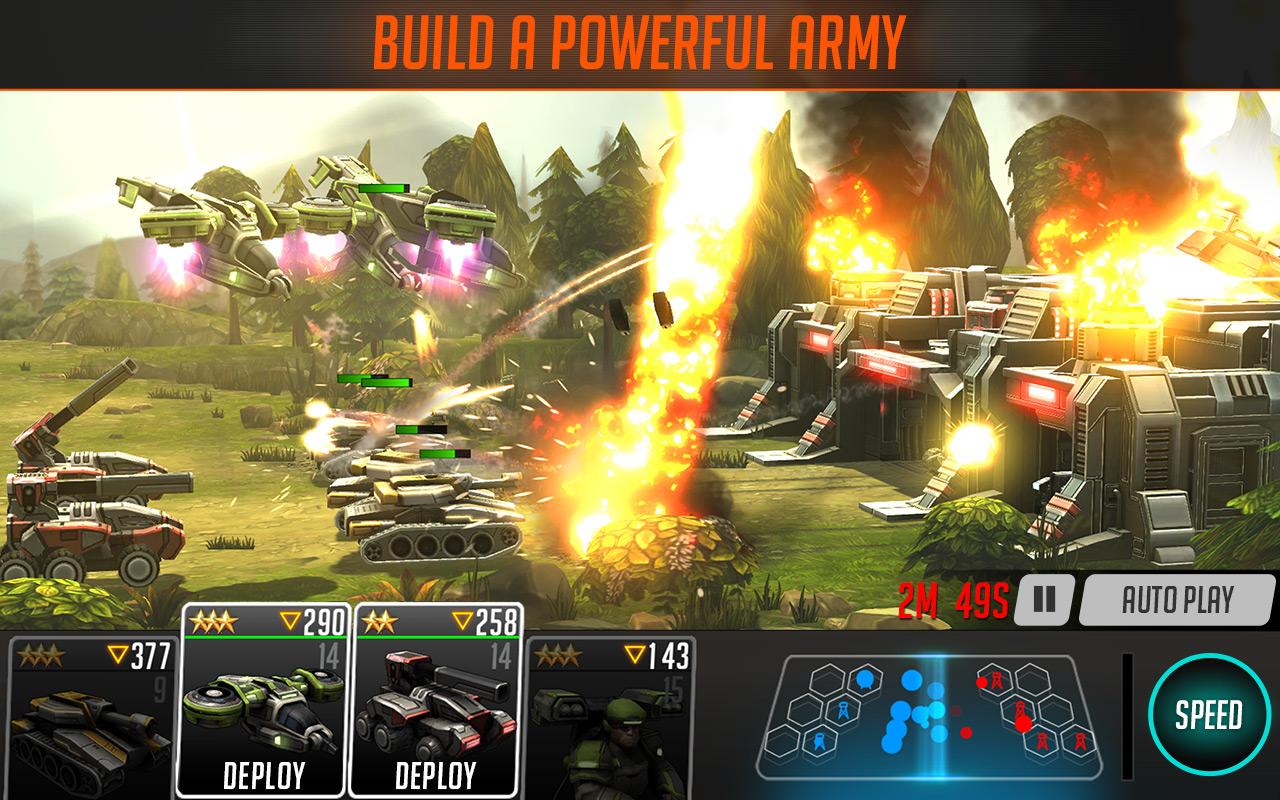 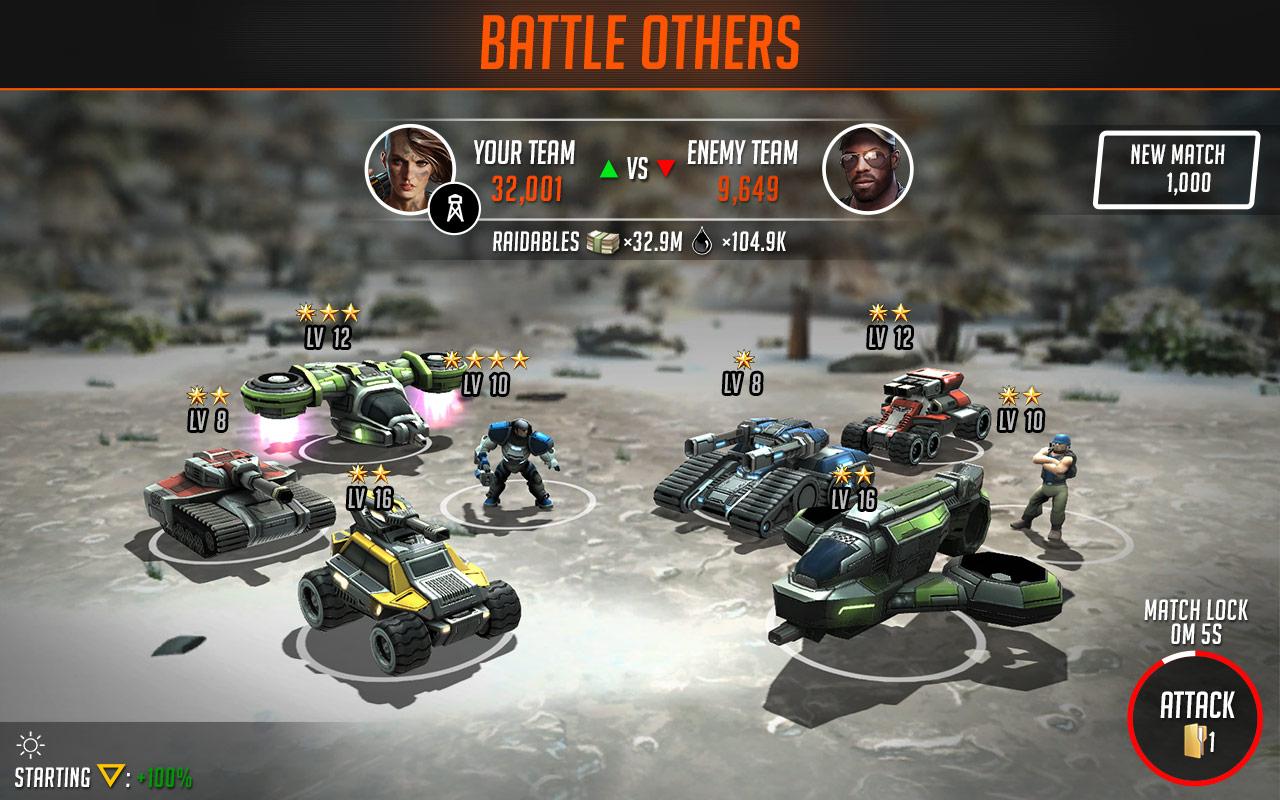 League of War: Mercenaries is an exciting war strategy game where you can make choices that have real impact and outcomes. Immerse yourself in this 3D war game to build your base, grow your army, and battle your way to victory.3D battlefield mixed with a unique tug of war deck-based combat system, giving you an exciting tactical war strategy game that will keep you playing for days! Build a fighting force of extraordinary magnitude to wage war on corporations and nations. Take on hundreds of missions or compete with fellow Mercenaries to claim victory around the globe and enjoy the spoils of war!

In League of War: Mercenaries, players act as mercenaries, taking on military contractors that play out on the battlefield to claim victory around the globe. Upgrade your army with futuristic tech, battle your enemies, and come out on top in this tactical war.

WAR STRATEGY – YOUR CHOICES HAVE AN IMPACT
★ Build and strengthen your army with tanks, helicopters, infantries and more.
★ Strategize the units you use to ensure your victory on the battlefield
★ Advanced warfare tech will help you dominate your enemies and rule the planet
★ Strategy and tactics will make your army the strongest

REAL TIME STRATEGY GAMEPLAY – OPTIMIZE UNIT FORMATIONS IN REAL TIME FOR DEPLOYMENT
★ Tactical wars have enveloped the world. Battle for control in intense RTS combat!
★ RTS games challenge you to strategically configure and prepare your squad in a variety ways to counter sophisticated enemy units
★ Real time strategy combat challenges you to always stay one step ahead of your enemy

BASE BUILDING – EXPAND & UPGRADE MILITARY HEADQUARTERS
★ Build and upgrade the ultimate military HQ with sophisticated base building tools
★ Defend your base by leveling up your military fortress
★ Building games lovers will really enjoy this fast paced, action packed RTS

UPGRADE MERCENARIES – CUSTOMIZE MILITARY UNITS
★ Upgrade & equip units with a vast array of technology for specific roles to defeat your enemy!
★ Build a better army, from tanks to infantry, and put a personal stamp on your mercenaries

ALLIANCE BUILDING – FORGE STRATEGIC ALLIANCES
★ Online multiplayer lets you create an Alliance and band together against enemy for powerful rewards!
★ Play with friends! Join your friends for deeper engagements and battle together against

MULTIPLAYER MODE – TEST YOUR STRATEGY IN 2 PLAYER BATTLES
★ Defend your base and battle to be the best!
★ PVP combat challenges you to earn valuable loot by defeating fellow players in head-to-head battle!

Defense and offense are critical – which strategy will you use to conquer the world?

Battle to conquer the world with advanced warfare tactics and a powerful army of infantry, tanks and helicopters. Combat multiplayer opponents in PVP strategy games, build the ultimate base and lead your team of mercenaries to global domination. This 3D war is unlike anything you’ve seen before!

Download League of War: Mercenaries and become King of the mercenaries!